If, as far back as 1625, Lord Verulam recommended in his Of Travel that the gentleman destined for the Grand Tour undertake the trip with guides, the same milord - as our fellow citizen Baretti pointed out and not without irony – wouldn’t have allowed himself to visit any place that was not already on everyone's mouth.

I present my modest Baedeker for a Tour of southern Monferrato (Acqui area) to the current day emulators of Phileas Fogg, though without a faithful Passepartout. I was assigned a difficult task: in « a little less than one page» illustrate the attractions of no less than 26 municipalities.

So, I figured I’d come up with finding a sort of game based on the singularities of each town where visitors could, at their leisure, invent a route according to their own interests. There is nothing to prevent the paths from intersecting or overlapping. A sort of Primiera  « One, two, three, / I look for the Pope and find the King, / I look for the wise man and find the mad man, / I look for the dog and find the cat,.. », do you remember? Alternatively, a kind of Domino in which, instead of ebony and ivory pieces on the green mat we find what is most tempting of southern Monferrato wishing the welcome guests, as Ferdinando Albertazzi hopes, to transform themselves into the « “definitive travellers” of Baudelaire, satisfied by the unravelling of the journey rather than the destination ».

And now, Ladies and Gentlemen, place your bets.

Lionello Archetti-Maestri, born in Acqui and consequently ‘sgaientâ’ (an authentic citizen of the city) would like to transmit to future guests the love for its genius loci, cultivated in years of study and research. Will he have succeeded? Space and not the dietician has prevented him from illustrating the many valid food and wine delights and for this omission, he appeals to their mercy. 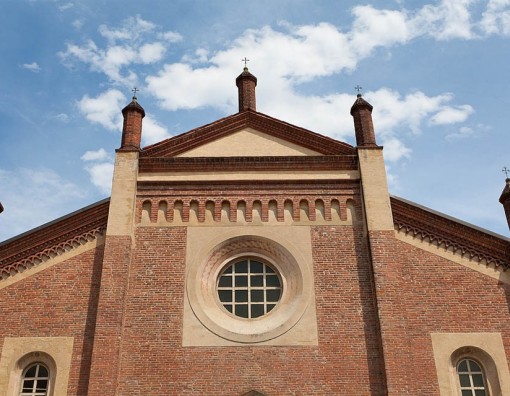