All the events of Monferrato Expo


The community of Gavazzana has always been attentive to music and it is the organiser of a well-known blues festival, now in its ninth edition. Consequently, the Attraverso Festival has decided to insert itself in this tradition by presenting “WOODSTOCK REVOLUTION!” at the panoramic viewpoint, an event dedicated to music history, fifty years after the mythical concert. “WOODSTOCK REVOLUTION!” is the result of a meeting, which we could define as “multidisciplinary”, between a musician, Enzo Pietropaoli, and two journalists, Ernesto Assante and Gino Castaldo. Following a memorable evening at the Rome Auditorium under the aegis of “Lezioni Di Rock” (Rock lessons), they have decided to consolidate this experience to reintroduce it in 2019 for the fiftieth anniversary of this historic music event and more. On one side, there is the music represented by a new project by Enzo Pietropaoli who has always been known for encroaching upon his repertoire. As a tribute to his origins, he has decided to reintroduce in a contemporary style some of the most significant pages of an epoch-making unrepeatable event like that of August 1969, which represented the culmination of the hippie culture, and not only in its musical sense. On the other, there is Ernesto Assante, one of the most respected journalists of the sector in Italy. For years, he has been manifesting his authentic love for quality music, beyond limits of genre, both with the “Lezioni di Rock” format proposed successfully for years at the Rome Auditorium and the column “Web Notte” on the “Repubblica” website, which gives room to the most diverse currents of contemporary music. In WOODSTOCK REVOLUTION, Ernesto Assante opens the “lesson concert” presenting and commenting on audiences, film clips and testimonies that help to inform but also to arouse curiosity and stimulate the public. The rhythms, despite the great culture, are anything but pedantic, very close to music and improvisation. His passion is contagious.


Ticket: €10. Followed by food and wine tasting, organised by the Pro Loco (organisation for the promotion of the territory). 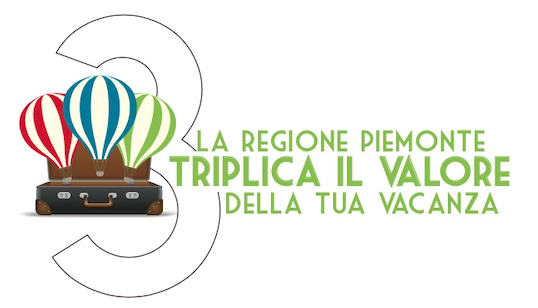 Thanks to the initiative of Regione Piemonte through the Tourist Consortia Sistema Monferrato and Terre di Fausto Coppi, you can purchase a stay of 4 days (3 nights) at the cost of just one overnight stay.